Up the creek…but it looks like there’s a paddle! 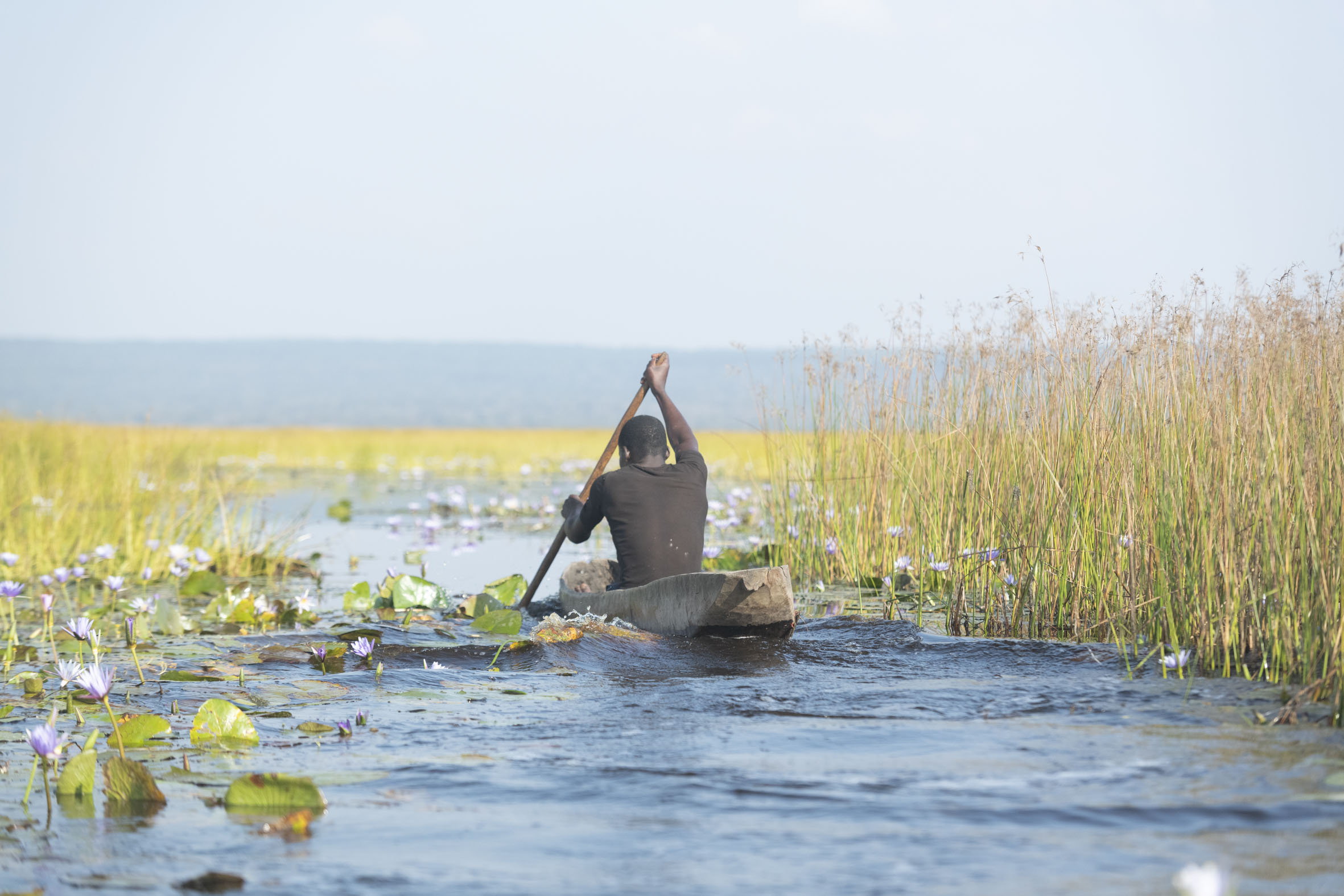 First coined in the 1980s, the term “Anthropocene” is most often used to describe the period during which humans have had a substantial – and most may even say, irreversible – impact on our planet. There is some controversy about when this period started, ranging from the beginning of the Agricultural Revolution (12,000–15,000 years ago) to as recent as the middle of the 20th century with the invention of the atomic bomb. Despite disagreement about whether the Anthropocene reflects a true geological epoch, there is broad global consensus that our species is now a prime driver of change in the world around us, with incontrovertible evidence that we are altering atmospheric, biological, hydrological and even geological processes.

In a paper published this month in the Annual Review of Environment and Resources, entitled “Shepherding Sub-Saharan Africa’s Wildlife Through Peak Anthropogenic Pressure Toward a Green Anthropocene”, Dr Peter Lindsey and several high-profile co-authors including Conserve’s co-founder Andrew Parker, present a depressingly bleak picture of the predicted effects of the Anthropocene on wildlife and biodiversity across sub-Saharan Africa over the coming decades1. Drawing on nearly 200 sources, this meaty but digestible review is a must-read for anyone working in conservation and development.

The authors postulate that wildlife in Africa is likely to endure a period of peak human pressures during the coming 50 to 100 years. These pressures will arise from a perfect storm of drivers. Rampant and escalating global consumption of energy, food, land, water, and materials in high-income countries means that they will continue to outstrip their means and draw down on resources from low- and middle-income states, most of which lack the governance and oversight capacity to manage this. Global consumption is exacerbated by local pressures on biodiversity brought on by a rapidly growing human population. Population growth is projected to continue for several decades, with the highest rates of increase expected in sub-Saharan Africa. This region has experienced a delayed demographic transition2 compared to other parts of the world, and overall fertility rates are unlikely to drop below replacement until the mid-2060s. This growing population will put pressure on land for agriculture and expanding settlements, and pressure on resources such as water, timber, wild meat, and fish. Future widespread declines in the distribution and abundance of wild species – and the intactness and functioning of wild spaces – seem inevitable.

But despite this gloomy picture, the paper’s authors make the case that there is light at the end of the tunnel: with the right actions now, we have a decent chance of staving off some of the most insidious long-term impacts. While the paper presents a lot of nuanced detail (and I urge you once again to read it!), the toolbox of solutions can be broadly summarised into four core interlocking strategies. 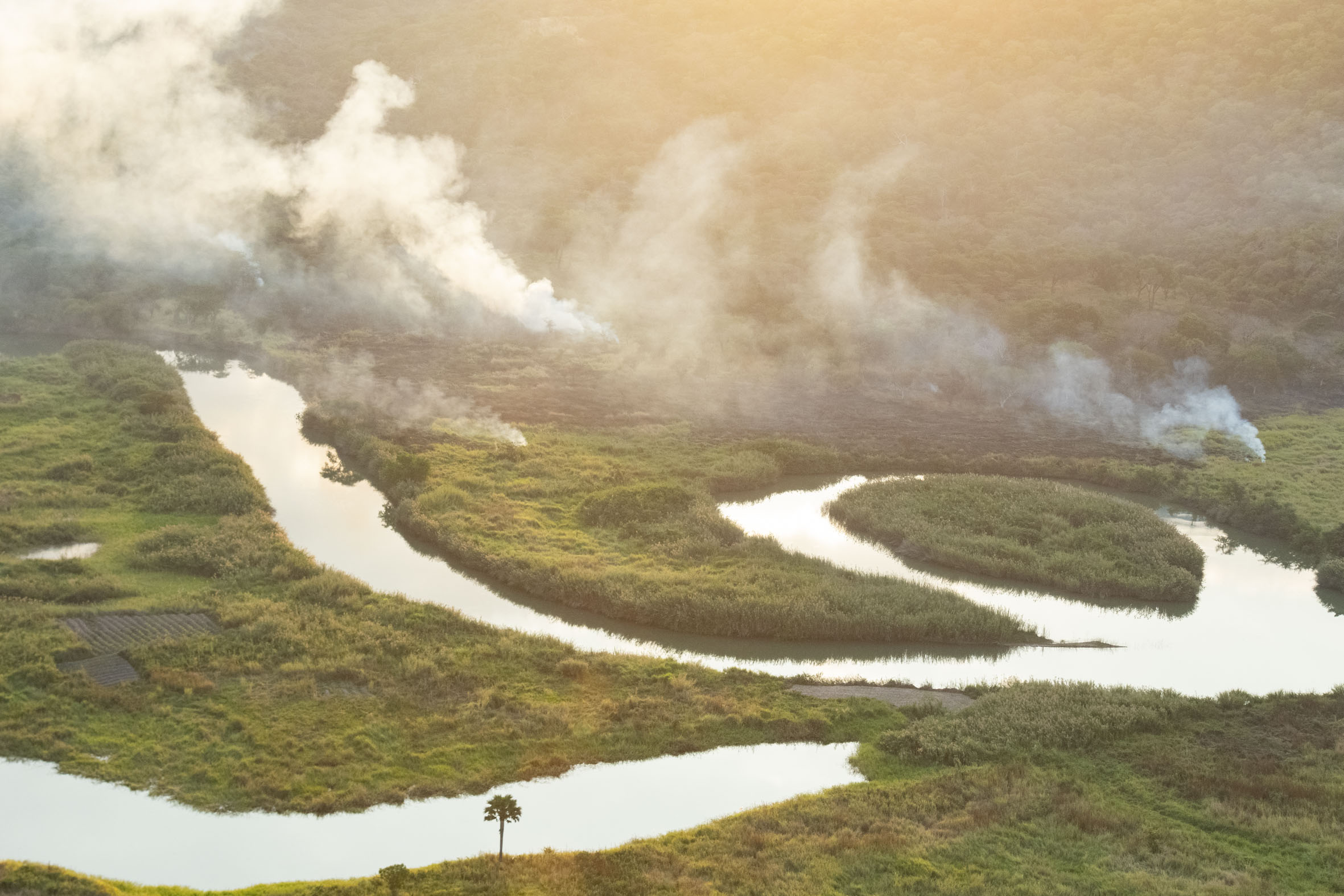 First, we need to fast-track the demographic transition and boost resilience to cope with more people. This can be achieved in part by promoting universal education and empowering women and girls and removing structural and logistical barriers to family planning. Sustainable urbanisation and effective land-use planning will help to improve agricultural efficiency (and yields) while allowing natural landscapes to persist.

Second, global and local sustainability must be pursued through better and more equitable regulation of natural resources in sub-Saharan Africa, preventing their unsustainable exploitation by foreign actors. This will require strong African institutions and effective global mechanisms.

Third, by mainstreaming conservation and developing sustainable green economy alternatives, we can position functioning ecosystems – such as those in well-managed protected areas – as competitive forms of land use and ensure that economic development and conservation are aligned. 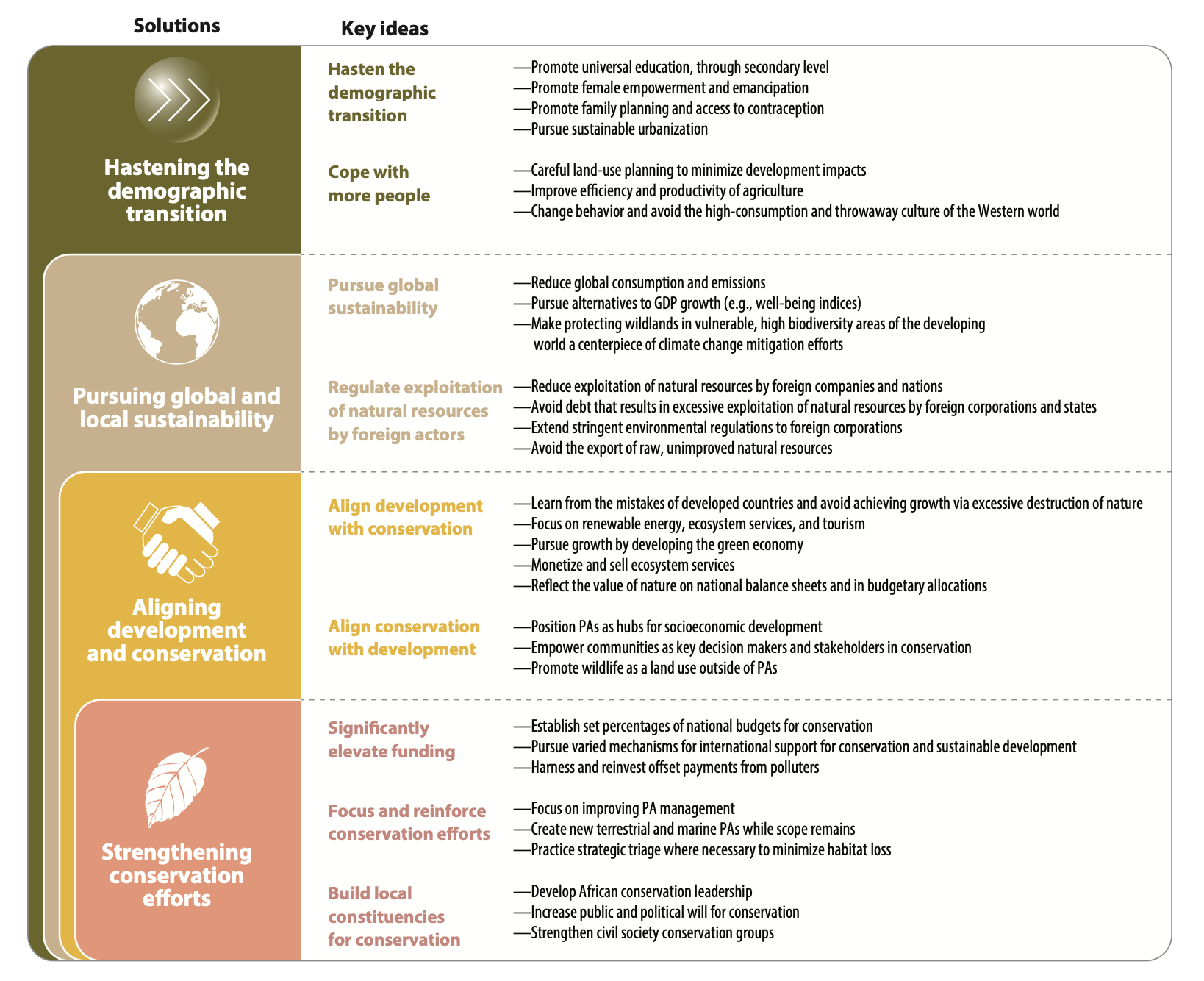 Conserve Global is one among many actors across the continent that are positioned to tackle these challenges head-on. We focus on building strong local institutions with robust governance, capacity, and financial resilience, to deliver effective management of natural landscapes beyond national parks. 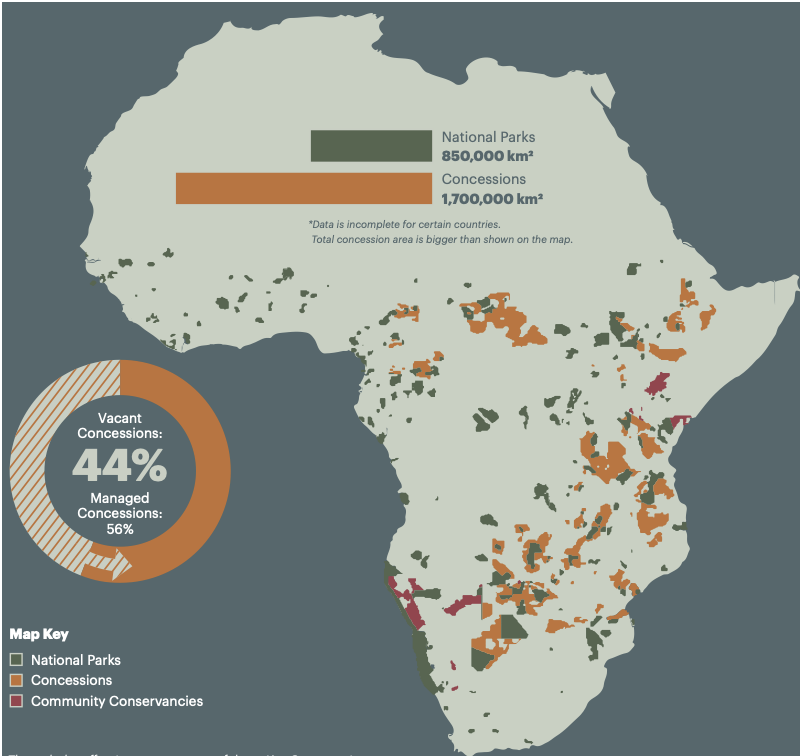 These landscapes encompass 1.7 million km2 – around 7% of sub-Saharan Africa’s terrestrial land surface – and their sheer scale represents a game-changing opportunity to combat climate change, ensure the provision of critical ecosystem services to rural people, develop direct benefits and revenue streams from tourism and payments for ecosystem services, and ultimately improve the wellbeing and resilience of some of the region’s most vulnerable communities.

By unlocking the true value of nature for people living alongside it – and governments mandated to protect it – we aim to make a significant contribution to fast-tracking sub-Saharan Africa’s path to the “Green Anthropocene”.